A FILM BY Nacho Vigalondo

A FILM BY Nacho Vigalondo 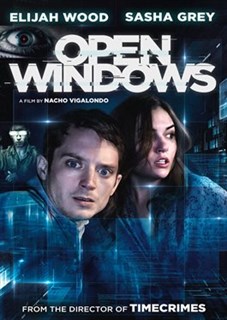 From the visionary director behind the sci-fi classic Timecrimes comes another technical masterpiece. Elijah Wood stars as Nick, a super fan who has won a contest to meet his favourite actress, Jill Goddard (Sasha Grey), star of a series of sci-fi action films. But when Jill refuses to honour the contest, her manager—an ominous figure named Chord—makes Nick an offer he can't refuse: the opportunity to spy on Jill through his computer. Nick begins watching the unknowing star, unaware that his actions will put both himself and Jill in mortal danger.